Another lockdown Friday night and I’m hanging about a dark and wet backstreet, ringing the bell next to a handwritten sign asking visitors to ‘please shout hey Navina’.

At first, it seems a rather insalubrious setting to find some decent tucker but then I spot a small A-board emblazoned with the reassuring words ‘gourmet curries and terrific Indian snacks’.

The back of Bristol’s Bar Humbug is the latest home of Coconut Chilli, a local food business run by Navina Bartlett.

Navina built up her Indian catering company in London and at food festivals around the UK before launching it back home in Bristol, where it has popped up in several venues.

Originally from Bangalore, Navina has taken the ‘hill station’ areas of India as the inspiration for Coconut Chilli, which has been working out of the kitchen at Bar Humbug for the past few months.

When the second lockdown started, it reverted to a takeaway operation with online pre-ordering. People can collect their meals or have them delivered by local taxi firm V-Cars. The entire delivery charge goes to the cab drivers whose incomes have been hit hard during the pandemic.

It also makes it a more viable business for Navina, rather than having to pay the huge fees charged by the big, bad delivery companies, many of which are taking a 30% cut from small businesses already struggling to break even.

From the concise menu, we shared a range of snacks and main courses and portions were generous in the extreme.

A trio of greaseless vegetable samosas (£4.20) were crisp and flaky with a plump, smooth and well-seasoned filling of pea and potato.

Another vegan dish of root vegetable, mooli and lentil sambhar (£9.55) was as comforting as a pair of cashmere socks, albeit with a fiery spike of chilli providing additional warmth.

Delhi butter chicken in rich tomato gravy (£10.75) was rich and spicy with a generous amount of tender, juicy chicken chunks. Even better was a dish of keema lamb and black pepper meatballs (£11.50) smothered in a tongue-tingling spicy coconut gravy that soaked into the steamed basmati rice.

Both dishes were gluten-free and the full list of ingredients was printed on the boxes.

The meals are served in biodegradable and impressively leak-proof cardboard containers. They arrived home looking as immaculately presented as they left the kitchen with their intact garnish of fresh and perky coriander leaves, spinach, cherry tomatoes and sliced red onion.

The hospitality industry may still be closed due to the seemingly endless carousel of lockdowns and restrictions but Coconut Chilli is further proof that we can still enjoy restaurant-quality food in the comfort of our own homes and support local businesses at the same time.

After all, if we don’t support them now, they may not be around when any glimpse of normality returns.

Coconut Chilli is serving its takeaways from Thursday to Sunday, 5pm-9pm. Email cooking@coconutchilli.com or call 07815 935745 to pre-order by 4pm.

Iconic Somerset hotel The Castle is celebrating its 70th anniversary under the custodianship of the Chapman family with a limited edition menu featuring the hotel’s classic dishes from the past five decades.

Owner Kit Chapman has curated the best dishes from menus since the 1980s, when head chef Chris Oakes handed over the reins to Gary Rhodes.

In the 1990s, the kitchen was taken over by Phil Vickery and then Richard Guest in the 2000s. Since then, it was Liam Finnegan who continued to maintain the hotel’s reputation for great British cooking and now John Godfrey, who took over as head chef recently.

Served in the hotel’s Brazz restaurant, the set menu is available from October 15-31 and served lunch and dinner.

Apologies for mentioning the C-word before we’ve even reached Halloween, but the newly opened Christmas pop-up shop from 6 O’clock Gin is well worth a look.

As somebody who often needs a stiff drink before even contemplating Christmas shopping, let alone a trip to an out-of-town shopping mall, the 6 O’clock Gin pop-up has much to offer.

Free cans of ‘ready to drink’ G&Ts are just one reason to visit this temporary store at The Mall, Cribbs Causeway, as well as a ‘make your own’ gin experience where you can create your own boozy concoctions using wild sloes.

The family-owned craft gin company from Thornbury is also running masterclasses and creating bespoke, personalised bottles in the run up to Christmas.

To celebrate 6 O’clock Gin’s tenth anniversary, free G&T RTD (Ready To Drink) cans will be given away every day at the pop-up shop throughout October. To claim one, you can simply have to show 6 O’Clock Gin’s latest social media post to one of the team in-store.

6 O’clock Gin’s full range of award-winning gins are available in the shop, including the damson gin and ‘the London Dry in its iconic Bristol Blue bottle.

Despite transforming itself into a successful online provisions store throughout lockdown, the long-term future of Gloucester Road favourite Bakers & Co. was looking a little uncertain until now

The good news is that it has just reopened as a sourdough bakery and coffee shop, with head baker Brett St Clair using a live sourdough starter in all breads, cakes and pastries.

Brett has been working for Bakers & Co for two years and he arrived in Bristol after stints at The Bertinet Bakery in Bath, Babington House in Somerset and spells at high-profile Michelin-star restaurants such as Le Gavroche and The Fat Duck.

Bread has long been Brett’s passion but it was the simple fact he couldn’t source fresh yeast during lockdown that inspired the decision to turn Bakers & Co into an entirely sourdough-driven bakery, with all loaves, croissants and even brownies using the starter instead of traditional flour.

Brett says: “We started using sourdough in the brownies to evolve the things we made before, so if we were going to continue making them then we were going to make them better than before. The sourdough starter results in a moister brownie and the sourness balances out the sweetness.”

Co-founder Kieran Waite said: “We managed to keep Bakers & Co. open throughout lockdown as a bakery and provisions store and it has seen many transitions over the last few months, helping keep some of our other brands alive like Bravas and Gambas before we could re-open them.

“At times we didn’t know if we’d be able to keep going but the local support has been a real lifeline.”

The new-look Bakers & Co. is open seven days a week, 8am-6pm Monday to Saturday and 10am-4pm on Sunday. 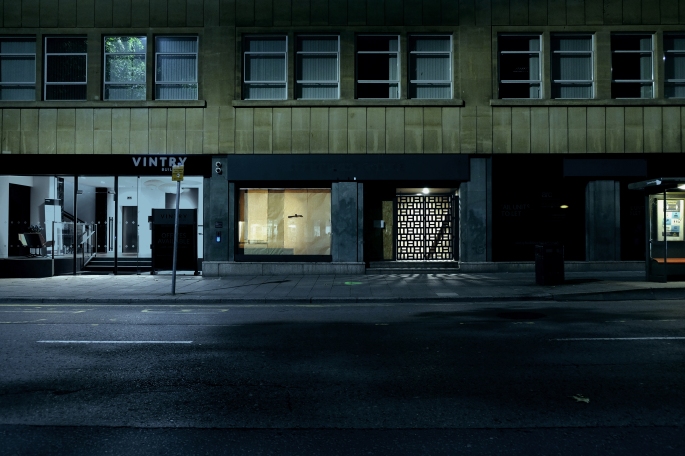 It might not be serving the pumpkin spice lattes of its predecessor but at least new Bristol opening Dareshack promises an exclusive coffee blend from local roasters Triple Co.

But Dareshack will be much more than just another coffee bar. It’s also a community space with plans for collaborations with local artists and creatives to host art exhibitions, talks and workshops for local food and drink businesses.

The menu will include the signature cinnamon buns that proved to be such a hit when they were trialled during Dareshack’s lockdown delivery service.

Dareshack opens at the Vintry Building on Wine Street, Bristol, on October 7. 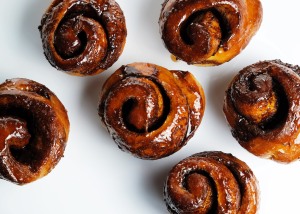 Welcome to Scoffed, a brand new food and drink blog for Bristol and the South West.

To be honest, Scoffed is a blog I never expected to be writing. But then, until last week, I hadn’t really anticipated my main employer of the past 25 years deciding they could no longer afford me despite posting a whopping £29m profit a few days earlier.

Although I wasn’t expecting an Argos carriage clock to mark more than a quarter century of writing for the newspaper, it could have been handled in a more dignified and open way after six months of limbo.

After several unanswered emails, my 25-year stint fizzled out with a short note from somebody I’d never met thanking me for my ‘excellent contribution’ over the past quarter of a century in much the same way a primary school teacher might praise a toddler for putting in a decent performance in the Christmas nativity play.

But then it shouldn’t have come as any real surprise – when you’ve worked in newspapers as long as I have, you get used to being told what to do by people who were still reading The Very Hungry Caterpillar when you were getting your first proud restaurant review byline. When you’re over 50, you soon realise that you have yellowing press cuttings older than most of your colleagues.

If anything, the situation I now find myself in has felt more like a relief than anything else.

From now on, I can set my own deadlines and there won’t be somebody back at the office clocking up those all important page views and clickthroughs.

Now it’s all about the quality of the writing and the opinions, rather than clickbait.

The generous and heartfelt reaction from people on Twitter over the past week has been genuinely overwhelming.

From messages of support to offers of work and investment in future projects, I have been deeply touched by the response. I’ve even had a few A-list food writer friends offering their services gratis, which is unbelievably generous and something I’ll never forget.

I will continue to write for newspapers and magazines as a freelance hack – with a mortgage and an increasingly expensive daughter to support, I need an income! – but my main focus is now Scoffed.

I hope this blog will quickly grow into the go-to source when it comes to Bristol and South West food news and reviews.

Of course, it will take time and there are already plenty of experienced bloggers doing a good job of covering the scene. But I’ll give it a go.

Who knows, if Scoffed takes off, it might expand its focus to cover a wider area and, eventually, appear in print as well as online – although I’ve never blogged before so please be patient as I’m still grappling with the basics of WordPress.

Restaurants and pubs are going through the worst time in memory due to the pandemic with its regulations, lockdowns, redundancies, closures and curfews so now is the time to support them more than ever. And if you run a restaurant or pub, do get in touch so I can spread your news and views.

In the meantime, I’ve never been hungrier to review the region’s ever-vibrant food scene.

My stomach is growling, my napkin is tucked into my collar and my pencil is sharpened in anticipation.

I think now is certainly the time to get Scoffed!